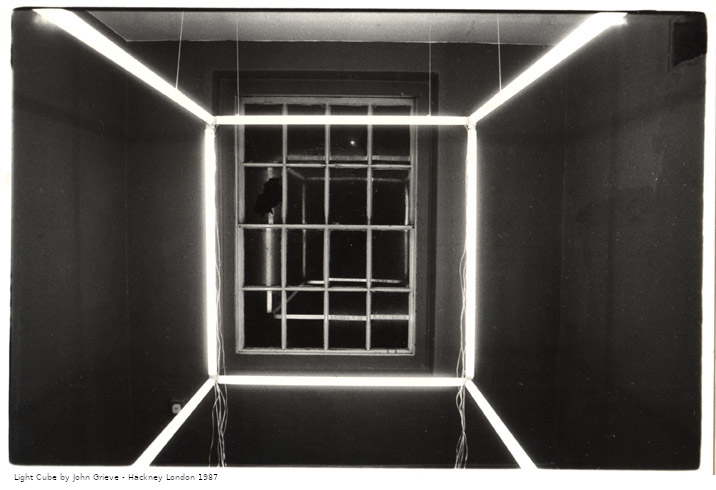 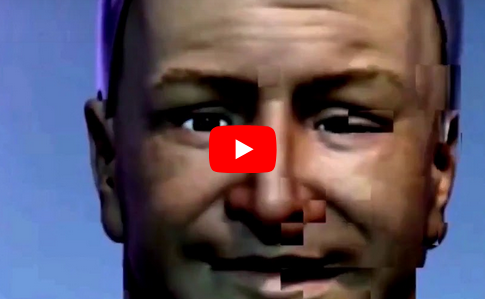 All sounds on this page are presented free. Some of the sounds will not be heard on the small speakers found on phones and laptops. More work with less explanation can be found here

Vibrant Stapler Obscures Characteristic Growth by Hastings of Malawi was an LP released on the Papal Products label in 1981. Hastings of Malawi were John Grieve, David Hodes and Heman Pathak. The album was re released in 2017 on the SubRosa label. You can hear the original LP here 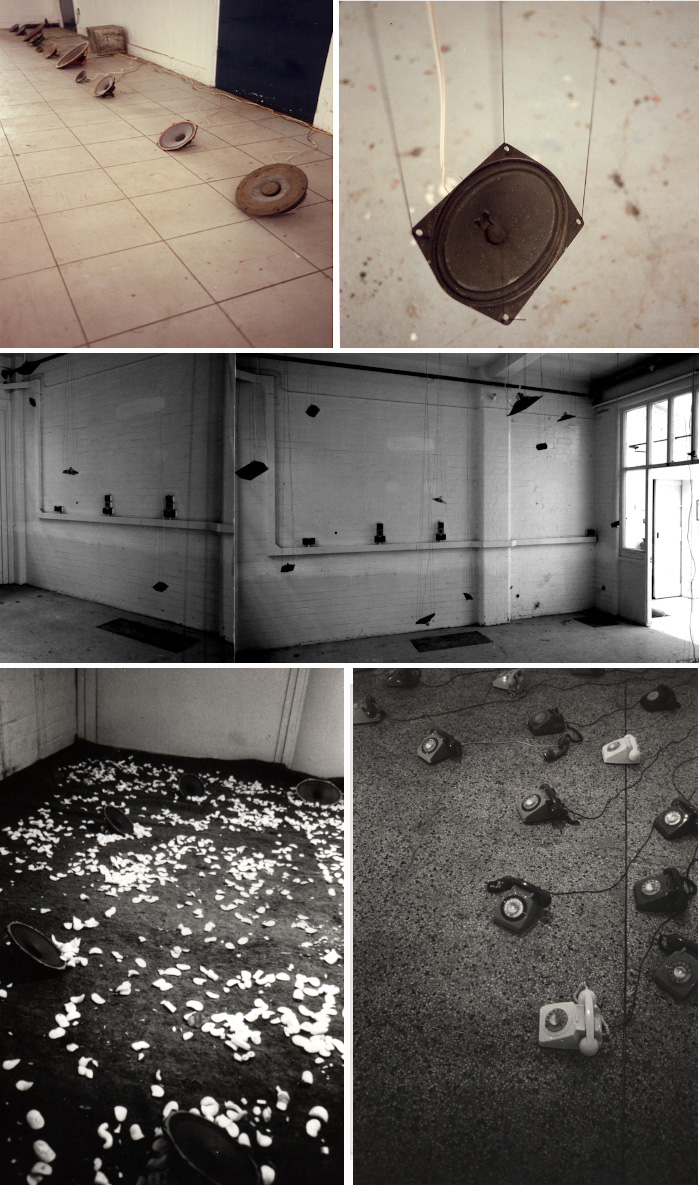 As did the creation of mechanical sound making devices.

This one is for electric motor, bicycle wheel, large hammer and steel sheet ↓

(The title of this piece refers to La Monte Young's composition X (any integer) for Henry Flynt from 1961 which consists of an instruction for a performer to repeat a loud, heavy sound every one to two seconds as uniformly and as regularly as possible for a long period of time)

This piece is for sewing machine, motor, guitar, bass drum and hihat. ↓ 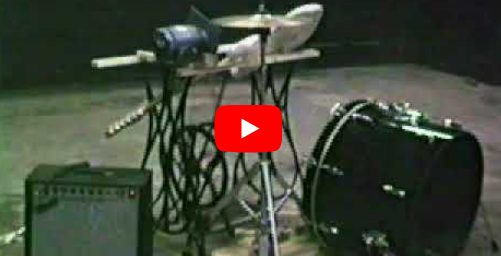 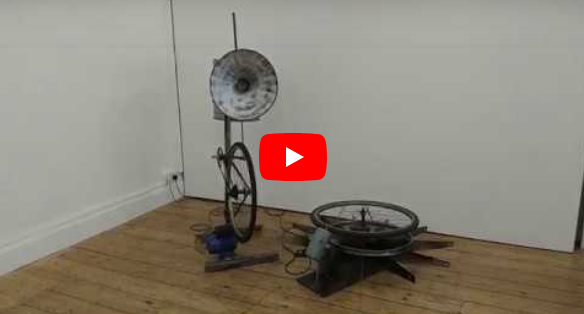 In the time that elapsed between the creation of these two pieces audio and video recording moved from magnetic tape to digital recording. Some older magnetic tape audio recordings have stretched and decayed over time. Here is a decomposed track for solo saxophone, cymbal, bell and car horns.

Better quality sound reproduction can be heard on this track recorded at the BBC with sound artists Clive Graham, Clive Hall and Michael Prime in the 1990s. Released on Paradigm discs

During this recording session I used this steel sheet vibrated by a motor and manipulated it with other motors and a hand saw. 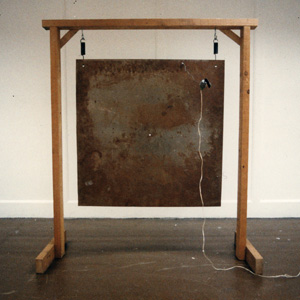 This sheet and these other instruments were all used in the soundtrack for the sound painting below. Sound paintings lend themselves to the web in a way that multi speaker sound installations dont. 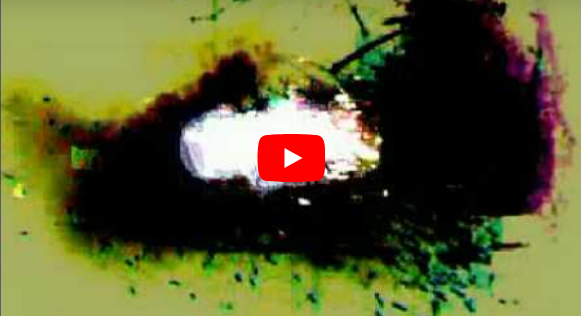 The saxophone track below utilises analog and digital recording techniques The saxophone notes were recorded to quarter inch magnetic tape, loops were created with a razor blade and adhesive tape and then the loops were digitally edited together. Released on Paradigm discs.

Saxophones and pipe organs both produce sound by vibrating columns of air within a tube. The legs of this stack of tables were cut, hammered and welded to create organ pipes that were sounded by passing air through them from a fan hidden inside the table tops. Each table leg is tuned to one of the twelve notes of the chromatic scale. 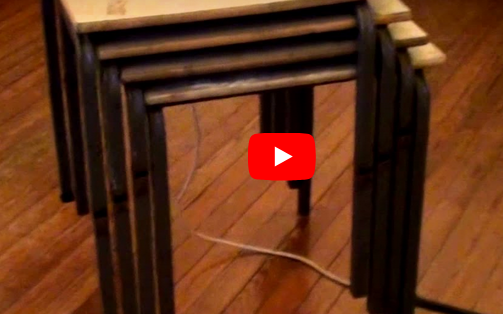 Development of the track 5,2,4,5-T above led to this minimalist piece for 52 saxophones which also works with dense cluster chords created by utilising every chromatic note as with the stack of tables.

I have also considered saxophone improvisation and sound poetry. This track is for baritone saxophone and features Martin Hackett on Synthesiser.

More saxophone playing can be heard at johngrieve.net 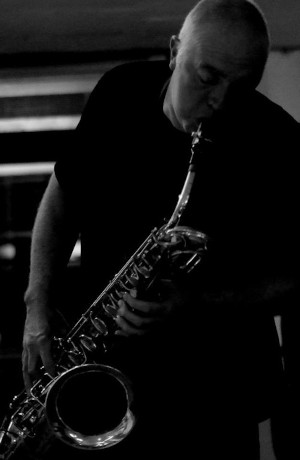 and to this LP with French sound artist Christian Renou

Other mechanically produced sounds have worked with random processes such as this piece that uses ping pong balls bounced by a fan inside a steel drum and rusted, intermittently working motors.

I have recorded individual organ pipes and then reassembled them as virtual organs.

This deconstruction of an organ makes it possible to emphasise the air flow within the instrument as it's essential component.

I have also increased the number of organ pipes used. 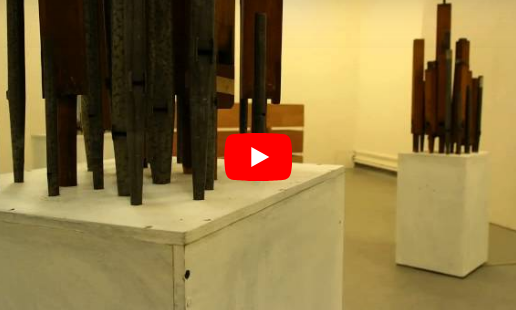 Church organs have many more pipes. This is an organ recital recorded in a church where house bricks were placed on the manuals and pedals of the organ 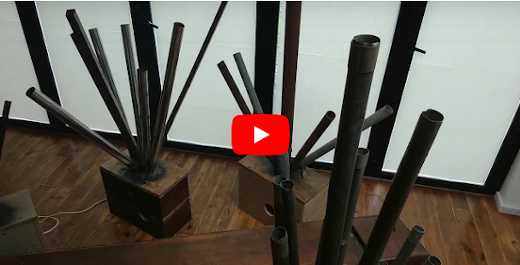 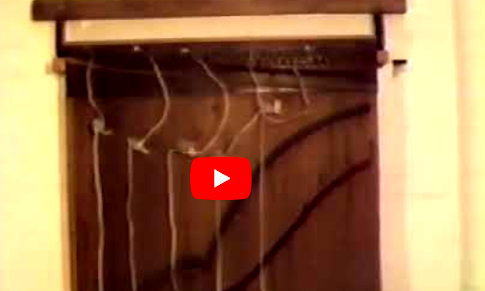 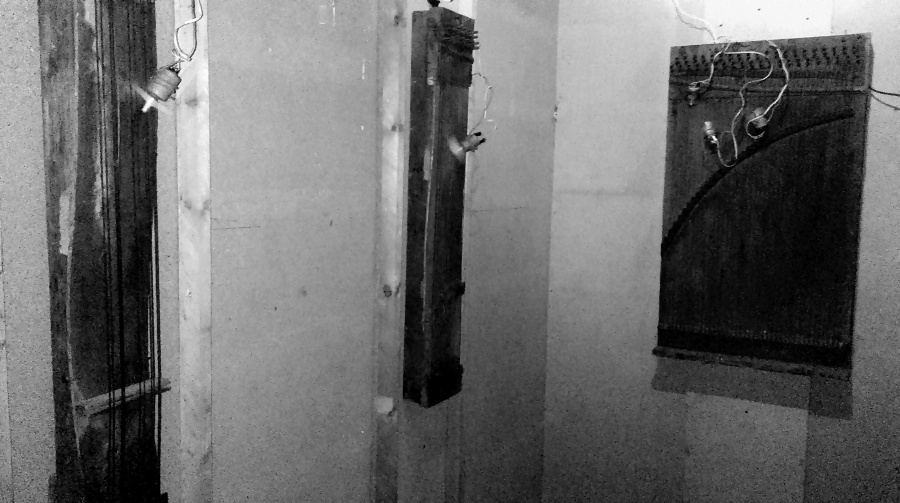 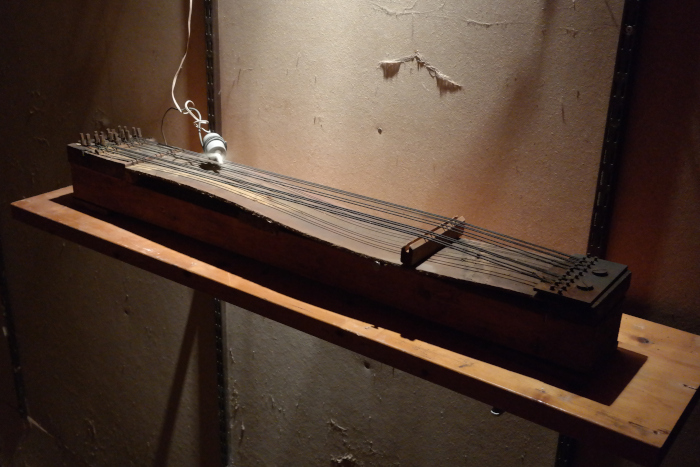 Multitracking recordings of bowed violin and guitar produced this. ↓ 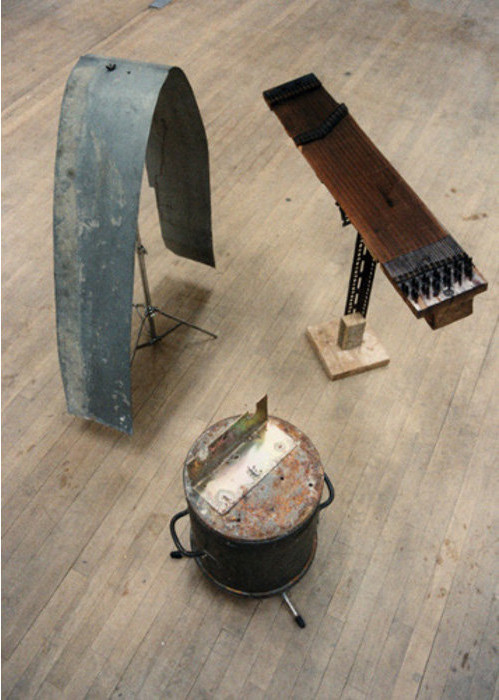 Digital speech synthesis is also possible. This poem is constructed from individual letters spoken in what the software interprets as Dutch or Swahili accents

In 2018 SubRosa records released the second Hastings of Malawi LP.


Here is a recent poem that utilises trumpet mouthpieces

Ghosts Before Breakfast [John Grieve, Graham Mackeachan, Roger Skerman], a young bass-drums-sax trio, organized a concert that was at once tedious and affronting. Musically, the three played de rigueur free jazz, ridden with cliches and lacking much to recommend it. At the same time, a video screen on the left side of the stage played a long loop of television commercials. And finally, beneath the fracas, a voice on the sound system read stock reports. Snide and unfriendly, the piece made manifest the group's brief manifesto, which stood in for a description in the program: "We endeavor at all times to provide the best possible service to our customers if you like what we do, tell others; if you don't, then fuck you. We gratefully acknowledge the financial assistance of the London Arts Board." A sloppy, gimmicky speculation on the institutionalization and codification of expression, or perhaps on the plight of the vanguard in the face of commercialism.

- Review of a performance at the First LMC International Festival of Improvised Music - From the book - Extended Play: Sounding Off from John Cage to Dr. Funkenstein by Jon Corbett

- Hastings of Malawi reviewed in The Wire 2018 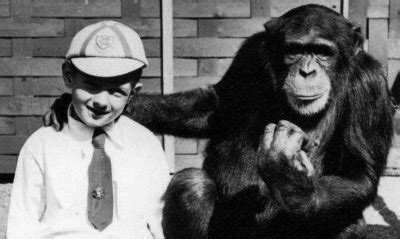